The building of the City Duma (the art college) 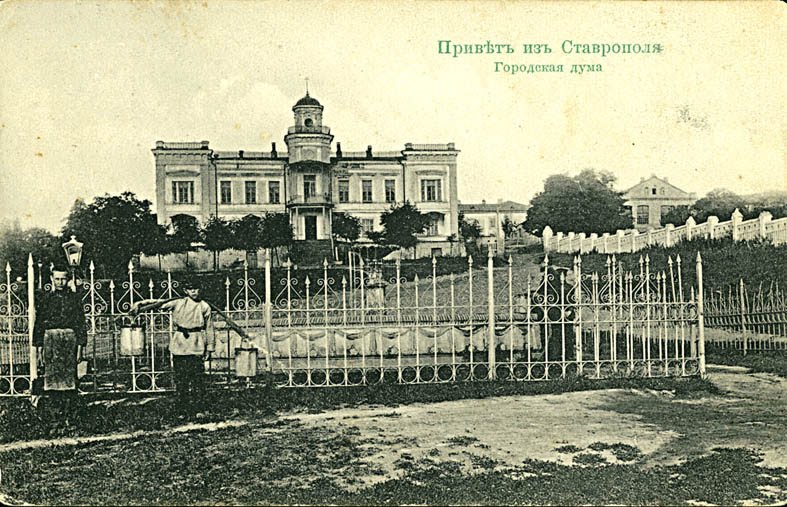 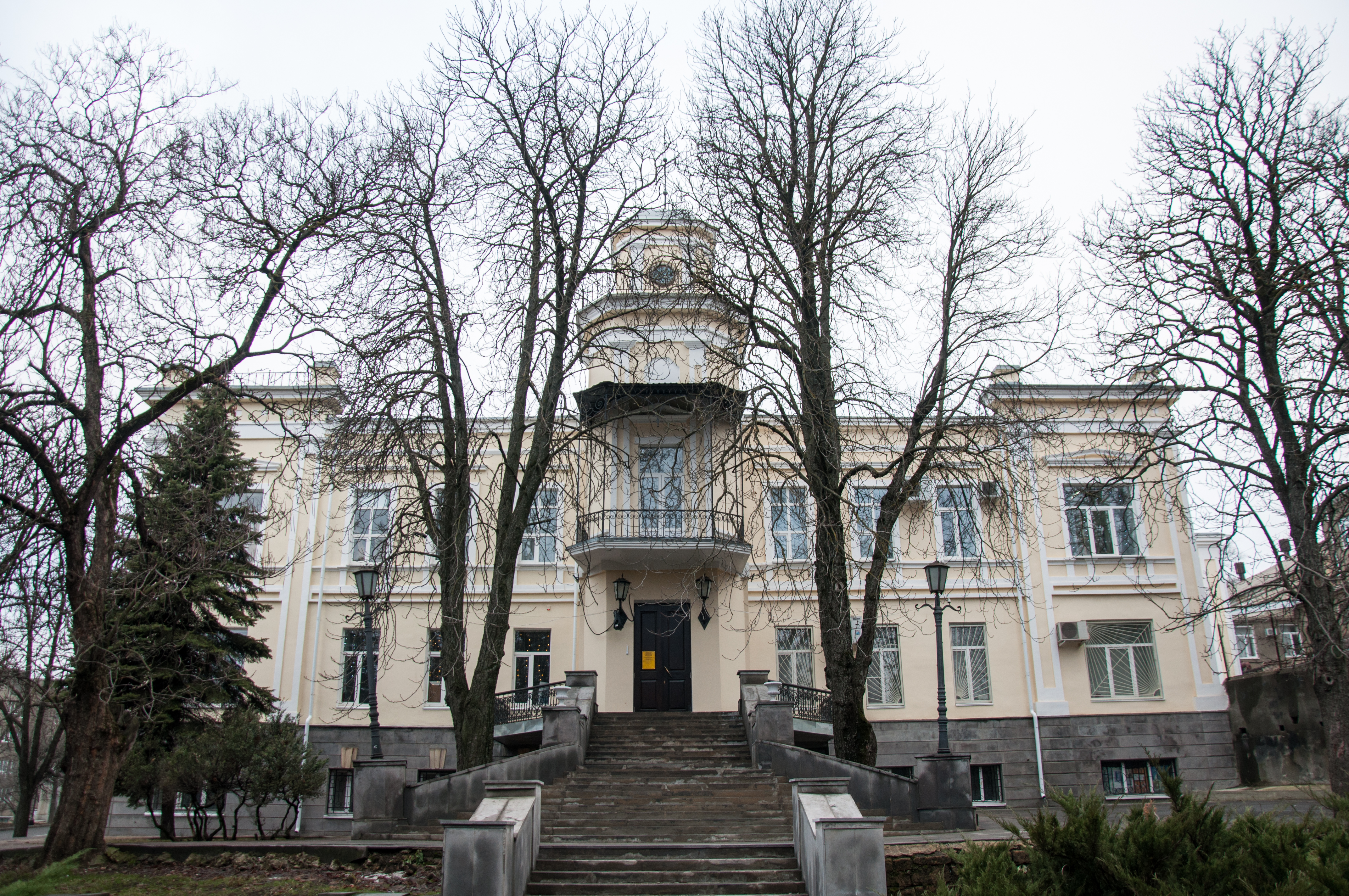 This is one of the oldest and most beautiful buildings of Stavropol. The beginning of its construction dates back to 1847 when it was laid the foundation of a building "for the rooms of the City Duma, the city magistrate and other city departments", at the expense of a merchant Ivan Ganilovskii. Unfortunately, Ivan Ganilovskii soon died of cholera, and the construction was finished by his widow and the son. At the end of 1851, the building was placed at the City Duma disposal.

This stone building with a wide staircase and balconies, two small towers and modest foreside decoration became the center of attraction. Made of traditional Stavropol shell stone, the Duma building was one of the focuses over the eastern part of the town. A special feature of the Duma building is that it does not look to the Avenue red line, its foreside opens to the neighboring park, located on the Fortress Hill.

In 1910, the building walls looked cracked and bent down. The City Duma decided to implement a big renovation, which was completed in 1915. Another renovation took place in 1970, but in general, the appearance of the building remained unchanged. It still looks moderate and official, without extra decorations on the foreside. But the interior ornament is more splendid, the staircase and plasterwork of the second floor date back to the Baroque traditions.

The territory landscaping near the Duma was actively developed in 1858, when about 3000 trees of different types were planted, paths were laid and flowerbeds were arranged. The reconstructed park was named after kniaz Bariatinskii, the deputy Russian Emperor in the Caucasus.

The Stavropol public donated big amounts to charity on a number of occasions. In 1872, the members of the City Duma contributed money for the construction of a monument to Mikhail Lermontov in Piatigorsk, and one year later they supported the building of a monument to Alexander Pushkin in Moscow. In 1880 the Duma decided to allocate 200 rubles annually to help the poor on the eve of Christmas and Easter

The Duma building used to be a center of intense political life. Thus, on June 3, 1905, a regular decree discussion actually turned into a protest. The representatives of social democrats demanded the convocation of the Constituent meeting and the republic establishment. Supported by the public, the Duma decided to solicit the Emperor for calling "people's representatives" to discuss on ending the war with Japan and control the authorities.

In Soviet times, the Duma building was contributed for educational needs and now the Stavropol art college is located there.

Since 1981, the building has been declared a monument of urban development and taken under protection.