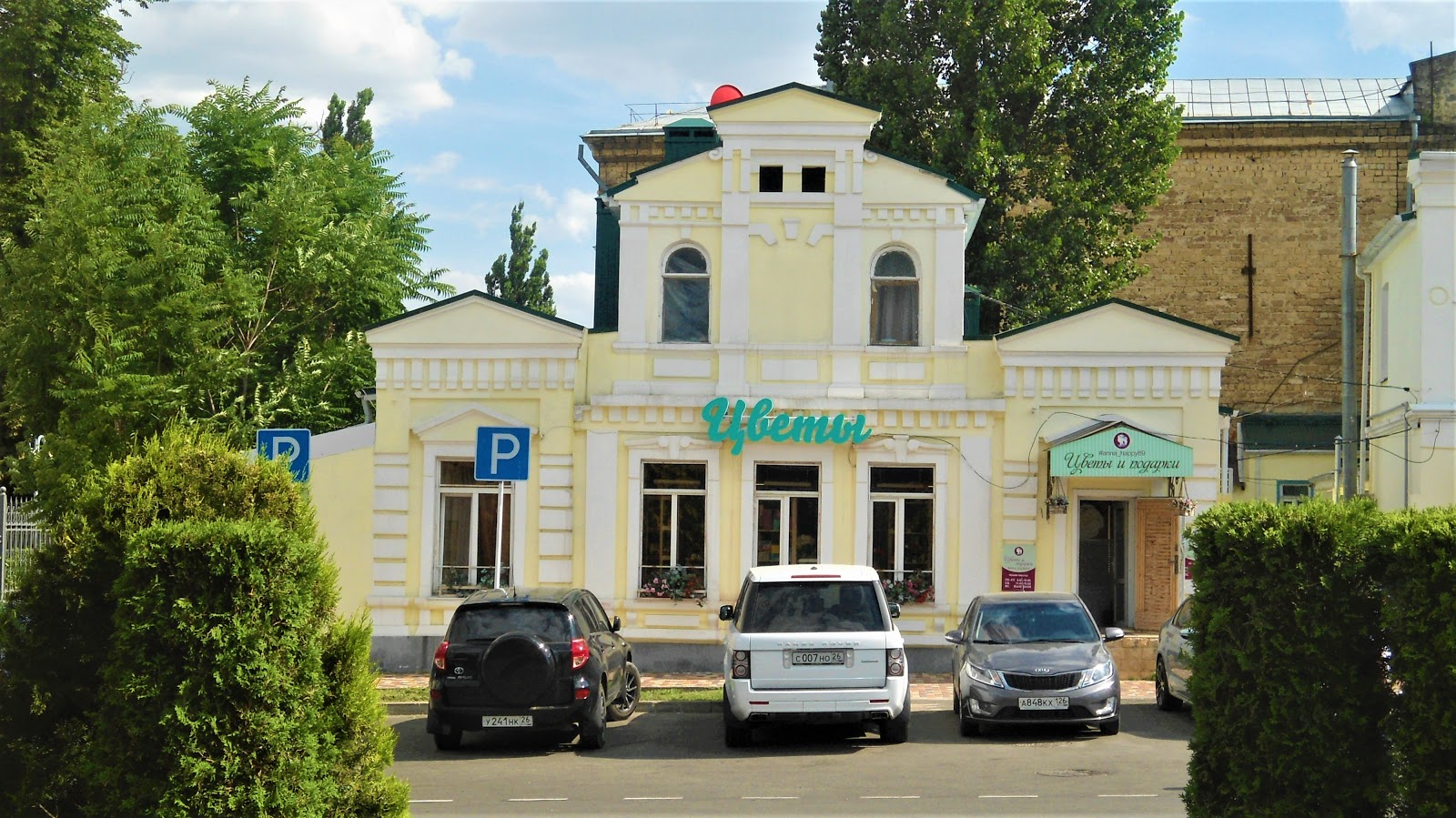 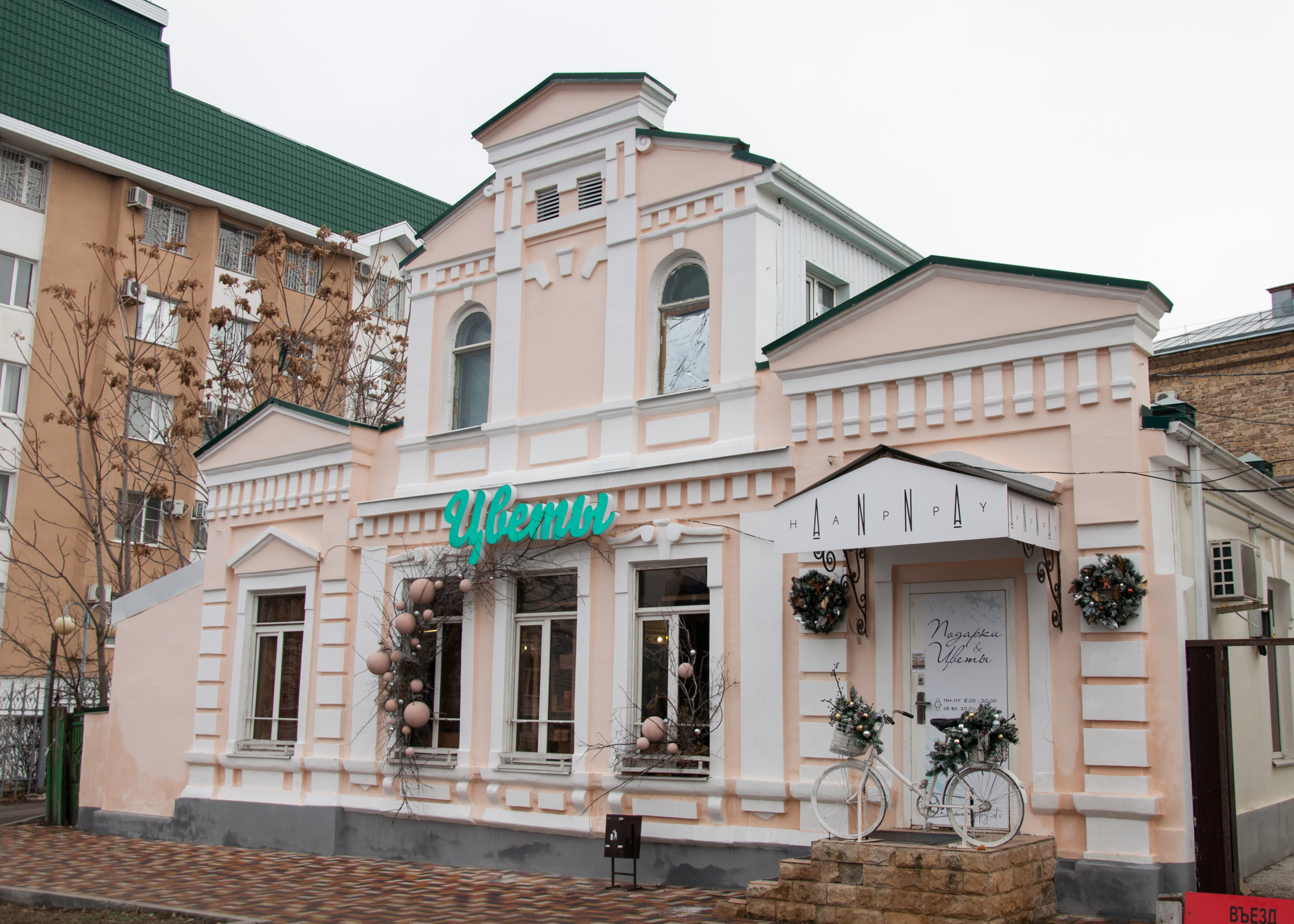 A retired Major General Ivan Semenovich Kravtsov lived in this unusual house at Dzerzhinskii Street, 106. From 1831, a future Stavropol citizen served in the Khoper Cossack regiment, taking an active part in military operations. In 1845, he was transferred to the Stavropol Cossack regiment and became a senior adjutant of the Caucasian Cossack army. In 1846, he was a delegation member of the battle troops at the reception of the Emperor Nicholai I.

From 1861, Kravtsov commanded the Khoper Cossack division of the Kuban Cossack army. In 1871, he was retired and moved to Stavropol. Here he bought a part of a farmstead belonged to a gendarme captain Vasilii Betaka, where he built a stone house with an extraordinary attic. Generally, the building tends to the classical style: strict lines, symmetrical first floor, but the second floor attic stands out from the rigid framework, combining different elements and presenting an interesting example of architectural eclecticism.

This house was the place where the retired general created his main writings on history. The first work, published in 1881, was about the punitive atamans of the Caucasian Cossack army. Then the work on the history of Grebenskie Cossacks appeared. An article, published in the journal "Russian antiquity" in 1886, brought him the most popularity. In the article, based on his personal memories and documents, the general told about the commanders of the Caucasian war period, namely, kniaz A. I. Bariatinsii, general N. N. Muravev and count N. I. Evdokimov. The general used to reflect on those commanders’ role in the final stage of the Caucasian war. Kravtsov was convinced that the plan to conquer the eastern part of the Caucasus was developed by Alexander Ivanovich Bariatinskii and implemented by count N. I. Evdokimov.

Since Ivan Semenovich Kravtsov became the first hereditary nobleman in his family, he took an active part in Stavropol public life and the local noble body.

Kravtsov died in 1899. Owning to the fact that the general was a judge of the Batalpashinskii department for a long time (for what he was granted a piece of land in the self-titled village), he was buried there. Now it is the town of Cherkessk. The books by Ivan Kravtsov, written in his Stavropol house with an attic, are deposited in a number of libraries of our country, including Russian State Library in Moscow.