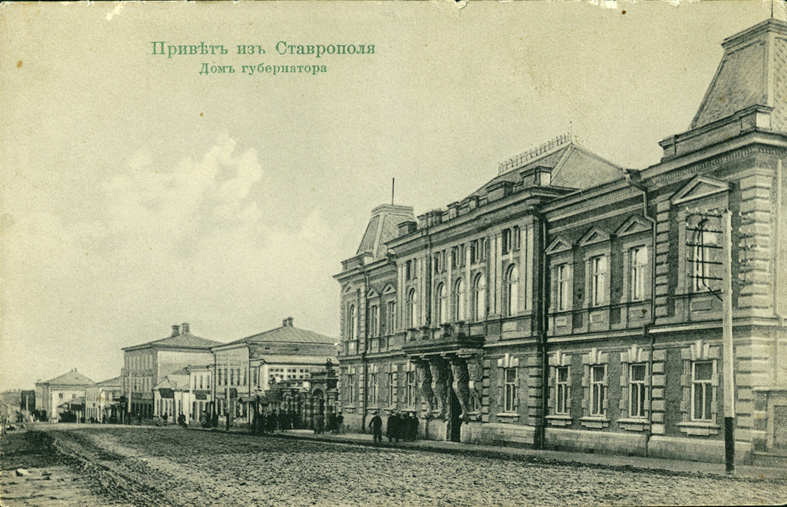 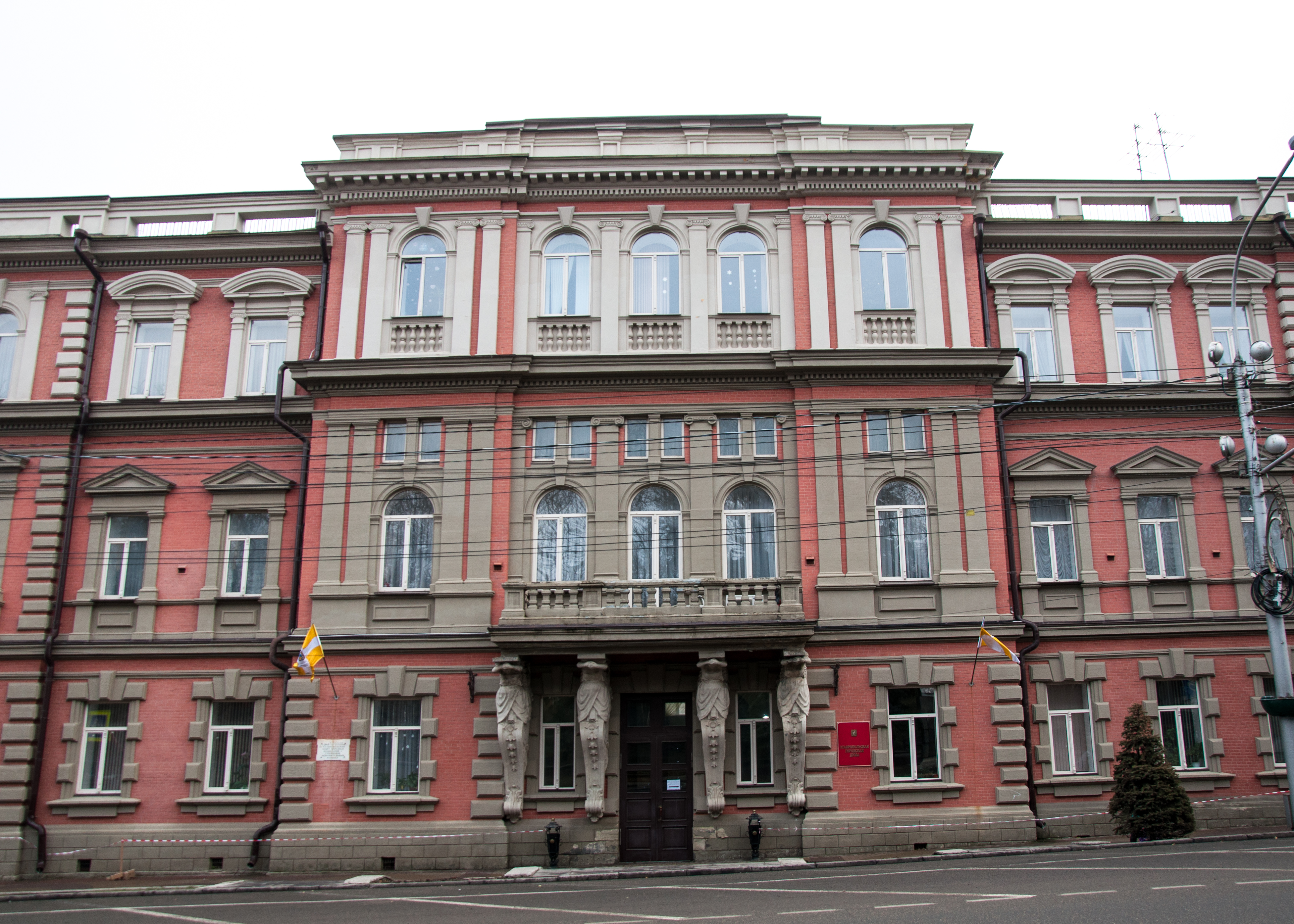 In the 30s of the XIX century there was allotted a land plot to construct a building for civil authorities in Stavropol. However, the plan was put into action only after forty years. Several architects and projects were changed before a famous Stavropol architect Grigorii Kuskov drew up the final plan for a new Governor's house. The main construction works took place between 1886-1896, and the finishing was delayed until 1902.

The building adorned Nikolayevskii Avenue (now Karl Marx Avenue, 94). The main decorative technique is a combination of red brickwork and sandstone details. The balcony is supported by four stone caryatids. The central arched windows provide extra height to the building. The stone decorations are simple and elegant and highlight the corners and overhanging parts. The so-called keystones adorn the flat lintels of the first floor windows.

The first resident and one of the most famous governors of Stavropol province was Nikolai Egorovich Nikiforaki. He was nicknamed "the brilliant governor" and even became a character of the novel “The governor” written by a Stavropol writer Surguchev. Under Nikiforaki’s rule, a roadway from Stavropol to the town of Nevinnomyssk was built, and in 1897 a railroad came to the capital of the province. Also, the first telephone line appeared in Stavropol during the times of "the brilliant governor".

The last Stavropol governors were a Polish nobleman Bronislav Ianushevich and a kniaz Sergei Obolenskii. The last one delegated authority to the head of Stavropol, Nikolai Didrikhson after the autocracy downfall. On March 12, 1917, a former teacher and journalist Dmitrii Starlychanov became the governor of Stavropol province.

The Soviet authorities appeared in Stavropol on the night of January 1, 1918. The first Council of people's Commissars of Stavropol province was located in the Governor's house shortly before. Once the Civil war was finished, the regional party and Soviet bodies were placed there. The city authorities moved back into the old Governor's house after 1962, when the house of Soviets in Lenin Square was completed. By that time, the Governor’s house was notably increased. In 1937, meanwhile the building continued functioning, the third floor was overbuilt (the roof was lifted by screw jacks, and the walls were gradually erected under it). Although the building was badly damaged during the Nazi occupation, it was given its old wonderful appearance by the later renovation.

There is a legend about a secret underground passage under the Governor's house. The local historians confirm that even before the war, it was possible to go underground from the monument to Budennovets to the bomb shelter located in the middle of the present Ermolov Avenue (now Parshin gallery). And this underground passage also went from the Governor's house and probably was used by the regional authorities to escape when the Nazis arrived in Stavropol.