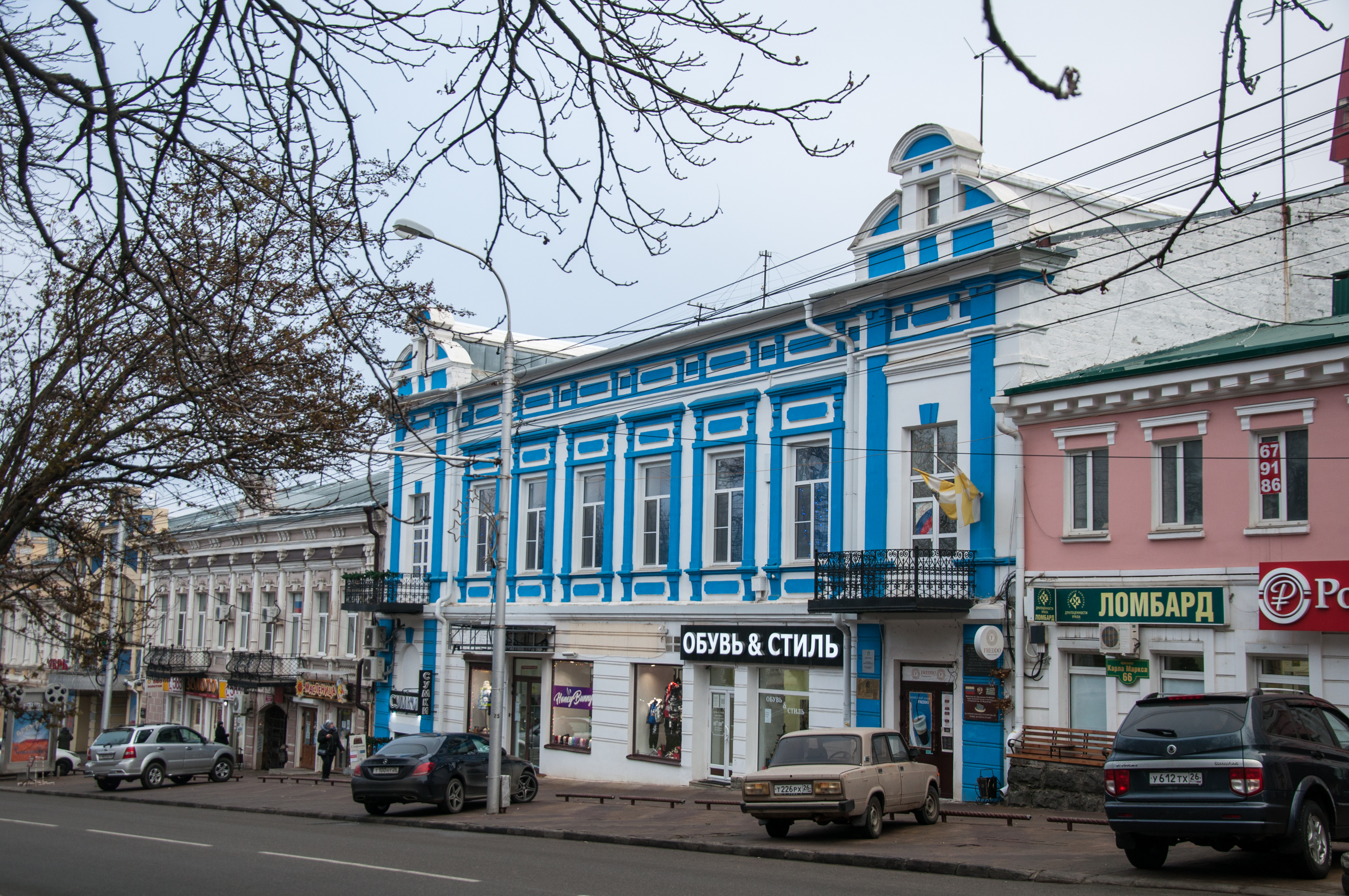 The hotel “Naitaki” is the most famous hotel of Stavropol. In 1837 a merchant Ivan Ganilovskii constructed the main building of his restaurant. The classical building was rented by Petr Naitaki, where he created a peculiar center for the Caucasian officers. All memoirists and many writers used to mention the hotel in their works. A researcher of the Caucasus Fedor Tornau, Mikhail Lermontov and many exiled Decembrists stayed here.

There is an interesting episode of Russian and Stavropol history connected to those personalities. In the evening of October 19, 1837, all Tiflis road from the village of Staromarevskaia was lit by bonfires and blaming barrels. They illuminated the path of the procession of the Emperor Nicholai I, accompanied by the Cossacks of the Stavropol regiment. At this time, the hotel “Naitaki” accommodated a large group of exiled Decembrists: Alexander Odoevskii, Nikolai Lorer, Mikhail Nazimov, and others. There were heard distant shouts of "Hurray!"

Odoevskii went out to the balcony, raised a glass of wine and said loudly: “Ave, Caesar! Morituri te salutant!" Translated from Latin it meant: "Long live, Caesar! Those who are about to die, salute you!” His friends drew him into the room with the words: "What are you doing? They can hear us! Bad things would happen”. Odoevskii replied sarcastically: "Russian police has not yet learned to speak Latin”. But a person from the next room knew the Latin language. According to the legend, it was Mikhail Lermontov. That is how Odoevskii and Lermontov met. This story is based on the real witnesses memories. Unfortunately, Alexander Odoevskii died from malaria in 1839, and Lernonov devoted a solemn and tragic poem to him.

Later, the building at Karl Marx Avenue, 64 housed the hotel "Moscow" unofficially named "Officer's club". And now, as a tribute to Petr Naitaki, the Greek community of Stavropol is accommodated in this building.