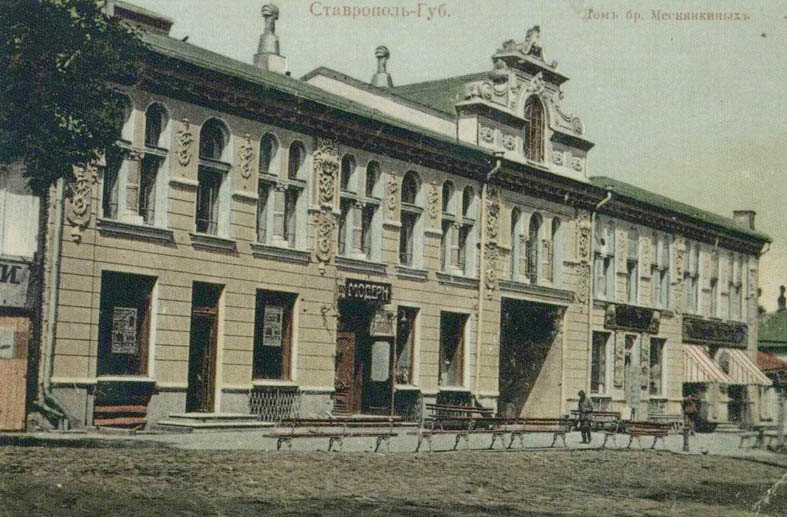 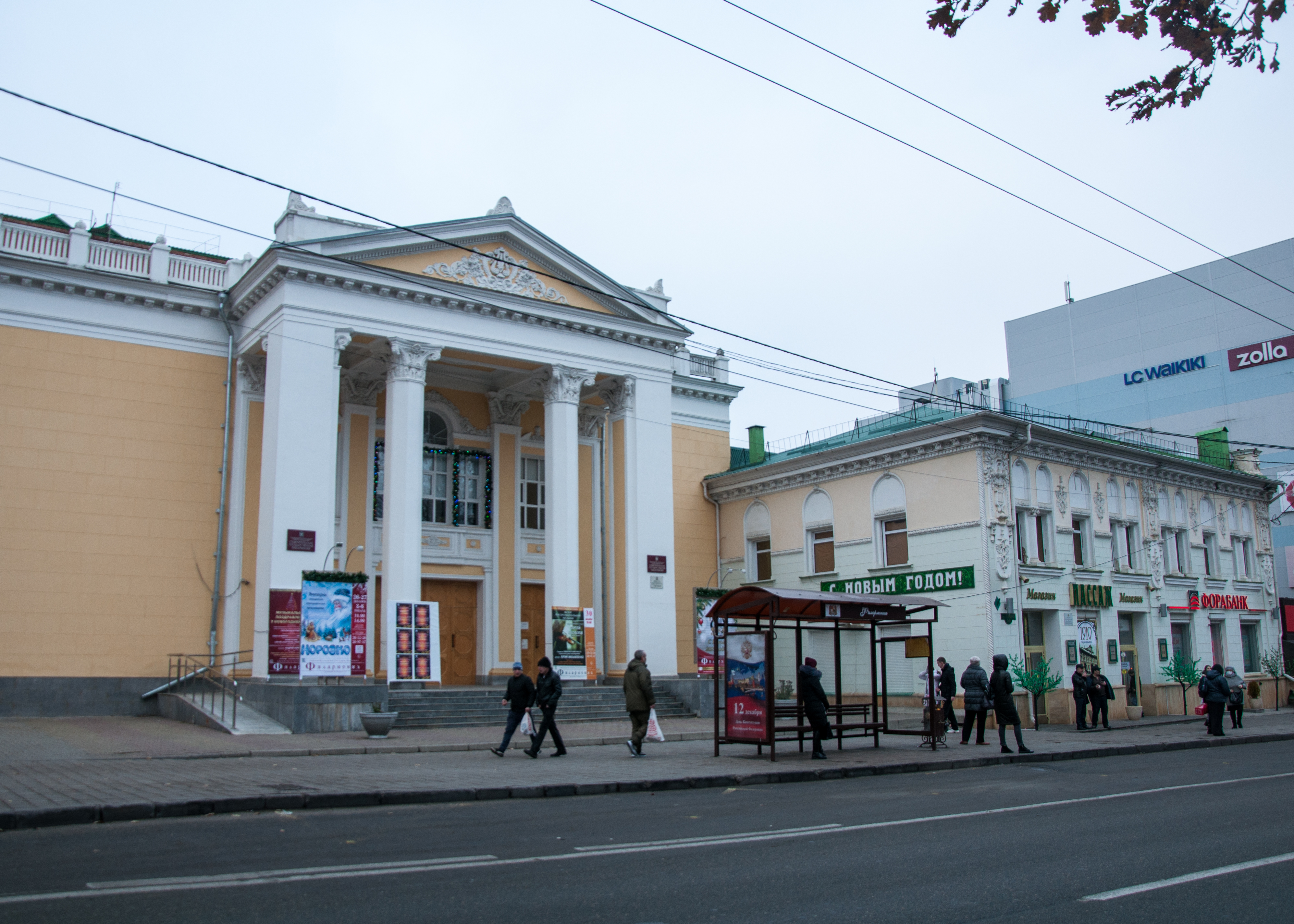 At the beginning of the XX century a famous Stavropol merchant family of the Mesnyankins represented a creative union of the brothers Alexander and Ivan, who in 1910 opened an extraordinary building called Passage. It was a large shopping and entertainment center. The name of the center accurately reflected its essence: "passage" in French means "gallery connecting two streets, with two rows of shops, markets and other amusements".

Stavropol "Passage" with a variety of shops, the restaurant "Gnome" and the theater "Modern" for 600 seats and one of the first halls for showing movies for 200 seats became a frequently attended place.

The building is functionally divided into two parts: shopping and entertainment ones. A large audience hall, which is now occupied by the Stavropol regional Philharmonic, is notable for good acoustics, convenient location of the seats and the stage. The main entrance is classically decorated, in which the exterior design is combined with cast-iron courtyard grilles, made according to all standards of the Roman Corinthian order.

The foreside design of the north side of the shopping area (facing the Lower market) is well preserved and reflects a successful attempt to combine the classicism with the elements of the early modernist style. The southern entrance from Karl Marx Avenue is designed in Russian classicism with narrow high windows and molding decorations between them. There is an opening between the first and second floors inside the building that serves as a gallery. You can go shopping and watch the people on the first floor!

Now both parts of the building are used for their intended purpose. They were restored, especially the foreside of the entertainment section, which was damaged by an air bomb in 1943.

The Passage theatre staged plays by Gorkii, Chekhov, Shakespeare and Ostrovskii even before the Revolution. Visiting actors often appeared on the stage, and classical music was played. The Drama Theatre staged the plays here until 1965. The collective bodies of the Philharmonic Hall, namely, a symphony orchestra, a chamber choir and the ensemble "Sloboda", hold their concerts and performances here up to the present days.

Once a wonderful story happened to one of the great artists. A famous Russian pianist, a winner of numerous competitions, People's artist of the USSR Nikolai Petrov, being on tour in Stavropol, criticized the piano, which he was supposed to play. He called it "monstrous, catastrophic and terrible" and spoke violently to the authorities. These are the words he said: "It is my first time in Stavropol, and I saw a wonderful, rich town with beautiful buildings. Such a town should be ashamed of not having the proper musical instrument. It is not about your philharmonic society! Where does it get the money? This is the case of the town authorities. Can't you collect the money and buy a worthy piano?”

The great pianist’s words were taken into account. In 2011, a large concert grand piano "Steinway & Sons" was purchased. Unfortunately, Nikolai Petrov did not live to see this moment, and another famous musician of our time, Denis Matsuev, experienced the piano.

The former "Passage" of Mesniankin brothers is still an urban and cultural brilliant of Stavropol.

Our tour is coming to an end. We accompanied you during your walk through the historical center of Stavropol and told you about our citizens and famous people who once had visited Stavropol. You saw the buildings where regional history was formed and Russian and world historical processes were reflected as well. You also got acquainted with documentary information and legendary stories. And finally, we would like to remember our compatriot’s words: “With the eyes of Stavropol Russia looks at the Caucasus…”