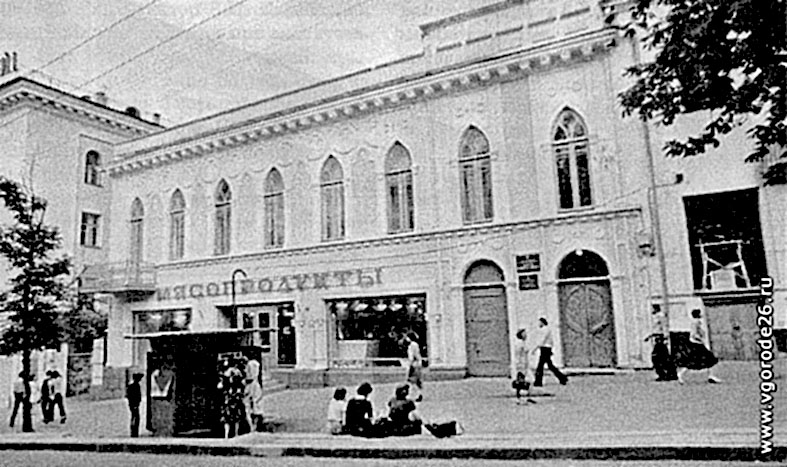 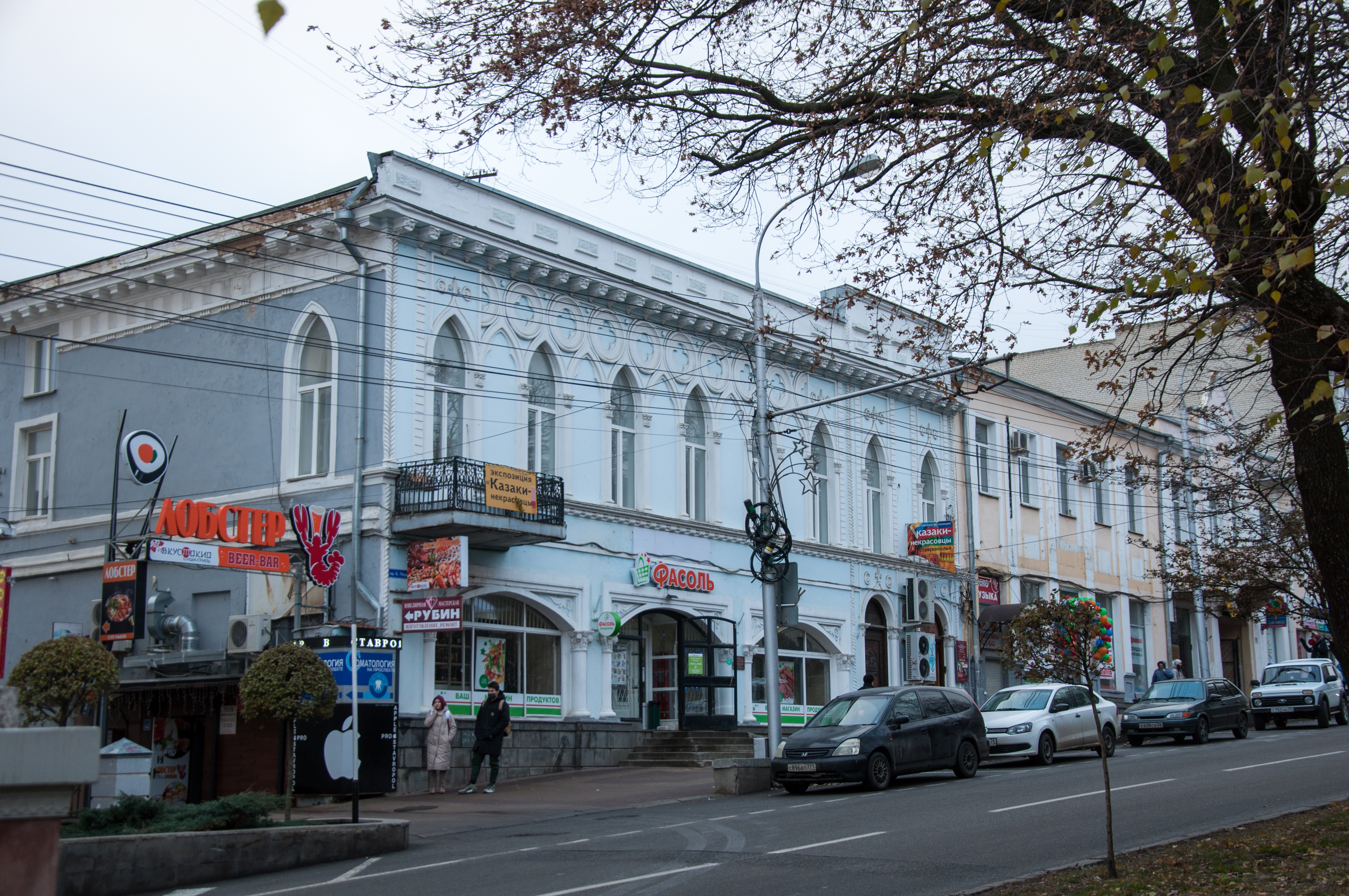 A wonderful house, a former fancy-goods store belonging to the merchants Leonidovs is located at Karl Marx Avenue, 76. A well-known local historian German Belikov believed that the building was projected by Timofei Mandrushev. According to the researchers Nikolai and Tatiana Blokhin the designer was a famous Stavropol architect Grigorii Kuskov. Most likely, the house was simply reconstructed according to Kuskov's project in the early XX century, because by that time it had already existed for at least 50 years.

The building represents an interesting version of the modernist style. The rooms of the first floor are bridged with romantic pendentive arches. The second floor rooms are connected by the enfilade principle (successively connected rooms), what imparts the traits of classicism to the house. The attic (a decorative wall above the ledge) and a balcony with a laced grille are asymmetrically located in the upper corners. The general design of the foreside is implemented using the Muslim elements: rounded stretched windows and flower molding contrasted with a pale blue background. Upon a closer view, the patterns of the balcony grille and the molding decorations along the ledge coincide. The house looks very bright and stands out among the surrounding buildings.

It is known that in 1852 the first public library was created in Stavropol. Initially, its book collection, numbering about 600 items, was located in Sovetskaia street. However, the need for wider spaces led to the library moving to the second floor of the Leonidovs ' store in 1868. 46 periodical lines were subscribed for the readers. There could be read the works by Tatishchev, Karamzin, Pogodin, Ustrialov. According to the contemporaries, the library contained "all major and minor representatives of Russian literature from Lomonosov to Gogol and Turgenev". Some books, journals and newspapers were allowed to take home for a certain time.

A writer, publicist, translator and revolutionary German Lopatin served as a librarian in this building during one year. That time was a bright page in the library history – it became a public life center for free-thinking high school students, seminarians and exiled students. However, after a while the library moved to another building, and the fancy-goods store occupied the first floor of the building and the second floor housed the Astoria restaurant.

In Soviet times, the regional Komsomol Committee (All-Union Lenin Communist Youth Union) was located here. From 1958, a head of the Stavropol Komsomol for several years, a Nobel Prize winner and a future President of the USSR, Mikhail Gorbachev, started his career in this building.

The building is rightfully included in the list of architectural and urban monuments of Stavropol territory.

By the end of the 80s of the XIX century the Leonidov brothers built a musical salon almost opposite the building, in the parallel Dzerzhinskii street. It also became an architectural point of interest and a cultural center of the town. Now it houses a music school and an organ hall which is unique in the whole country. The Cantabile municipal orchestra gives concerts there.