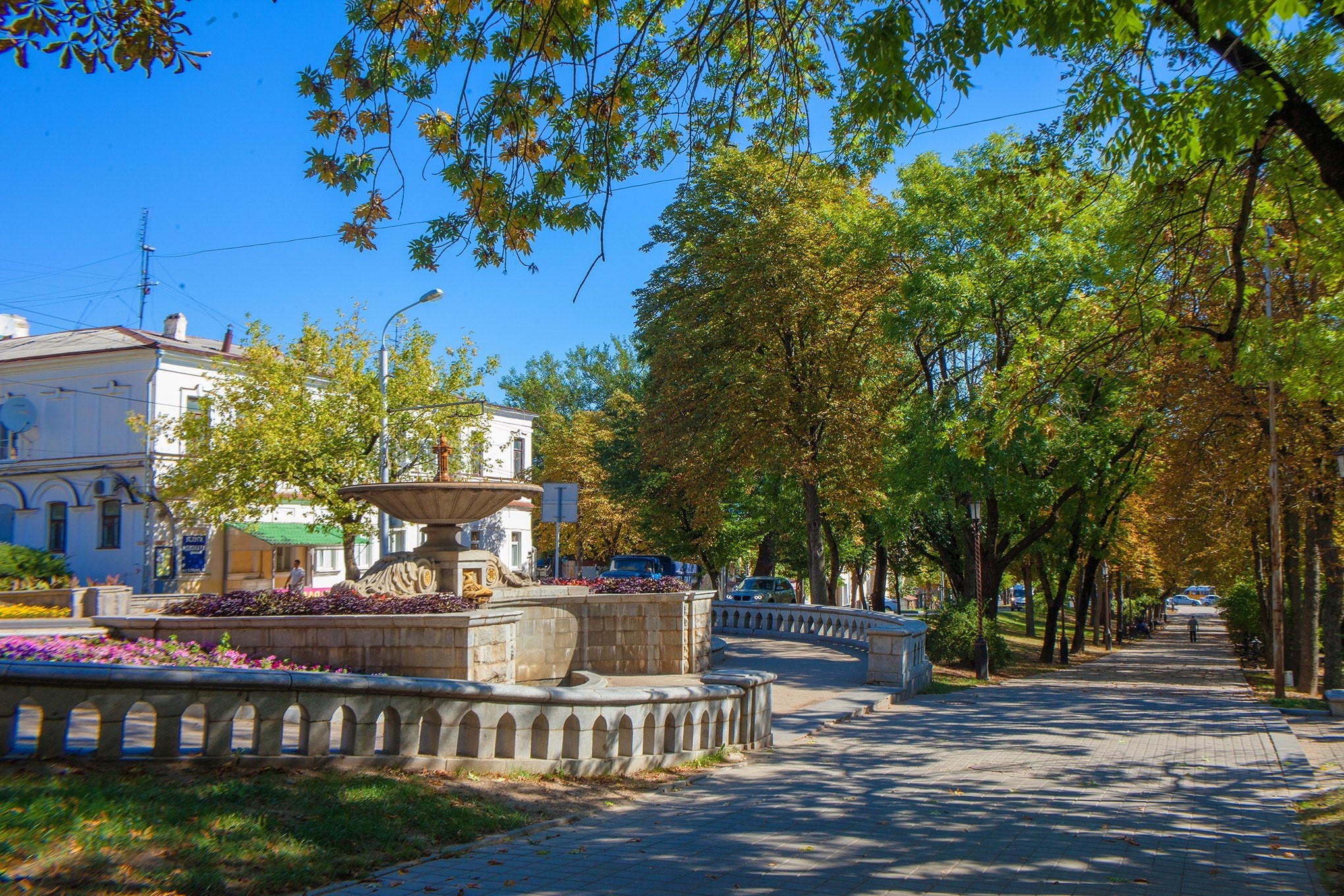 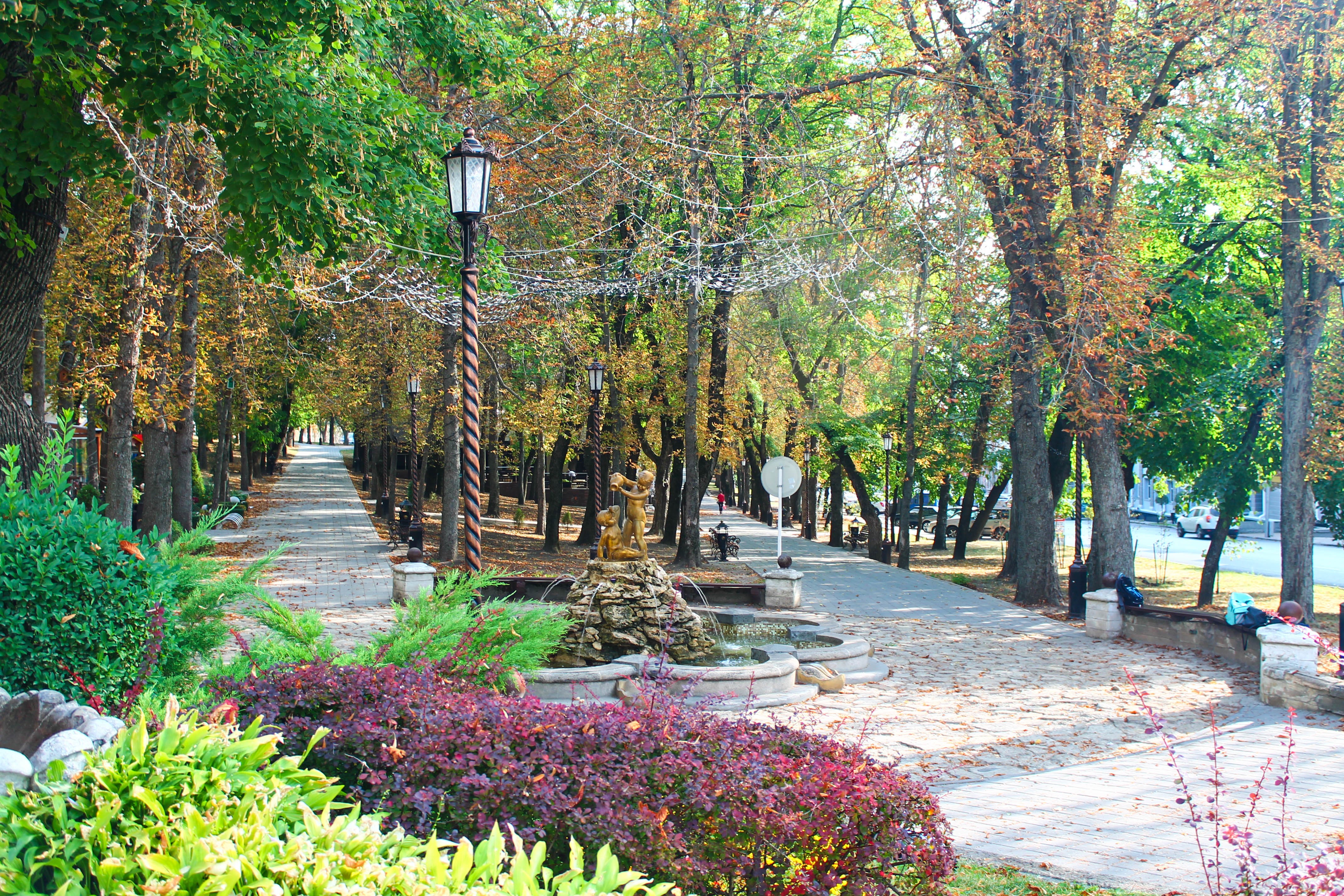 Street in street was founded in the late thirties. The upper part was planted first, and then, in 1851, the lower one. A lot of trees “adapted to the local climate” were planted, and also the remains of the natural forest were preserved - ashes, maples, oaks, lindens. A lot of robinia, horse chestnut, white-leaved poplar, elm, and several pines were planted. For the first time a Belbek pyramidal poplars were planted, the tree is also called "steppe cypress".

We suggest you start your walk from top to bottom to see all the sights. At the beginning of the boulevard you can see a fountain with children and Lermontov's linden tree, about which you can listen to the information in more detail separately.

If you go down the boulevard it is divided into two alleys. One walks past the former governor's house. It is decorated with decorative hawthorn and blue spruce trees. The second goes to the right to Sovetskaya Street. A birch grove is right between the alleys.

If you go down the boulevard, then on the right side you can see the monument to the famous Russian writer Alexander Sergeevich Pushkin. There have always been many flower beds with various flowers and a fountain with spring water in this place.

In the fifties of the twentieth century, the boulevard was turned into a paradise like place. The workers of Gorzelenstroy planted new trees and shrubs "exotic" for our region. For example, catalps, blue spruces, birches, pink terry hawthorn, sophora, hybrid lilac, forsythia, mealy ash, bird cherry, spirea. At the crossroads on the boulevard, flower beds and arabesques made of buxus are arranged. And what can we say about the magnificent chestnut alley, which made visitors from the north lift their hands in astonishment!

At the bottom of the alley you can find a memorial corner of the hero of the Caucasian war, General Ermolov. The boulevard is named after him! Gorgeous blue spruces create solemnity and emphasize the importance of the face. In World War I, which is called in Russia Patriotic war, Alexander Petrovich Ermolov was already a major general. He is a knight of all three degrees of the Order of St. George, he was awarded a gold sword with diamonds and the inscription "For Bravery." In October one thousand eight hundred and sixteen, Ermolov arrived at the Stavropol fortress. He was the man thanks to whom Stavropol became the capital of the Caucasus.

You need to finish your walk along the boulevard with the Tiflis Gate. It is the place that it is considered to be the beginning of the road to the Caucasus! It is unlikely that this triumphal arch was ever used as a defensive line, but it definitely adorned the appearance of Stavropol and became one of its main symbols.