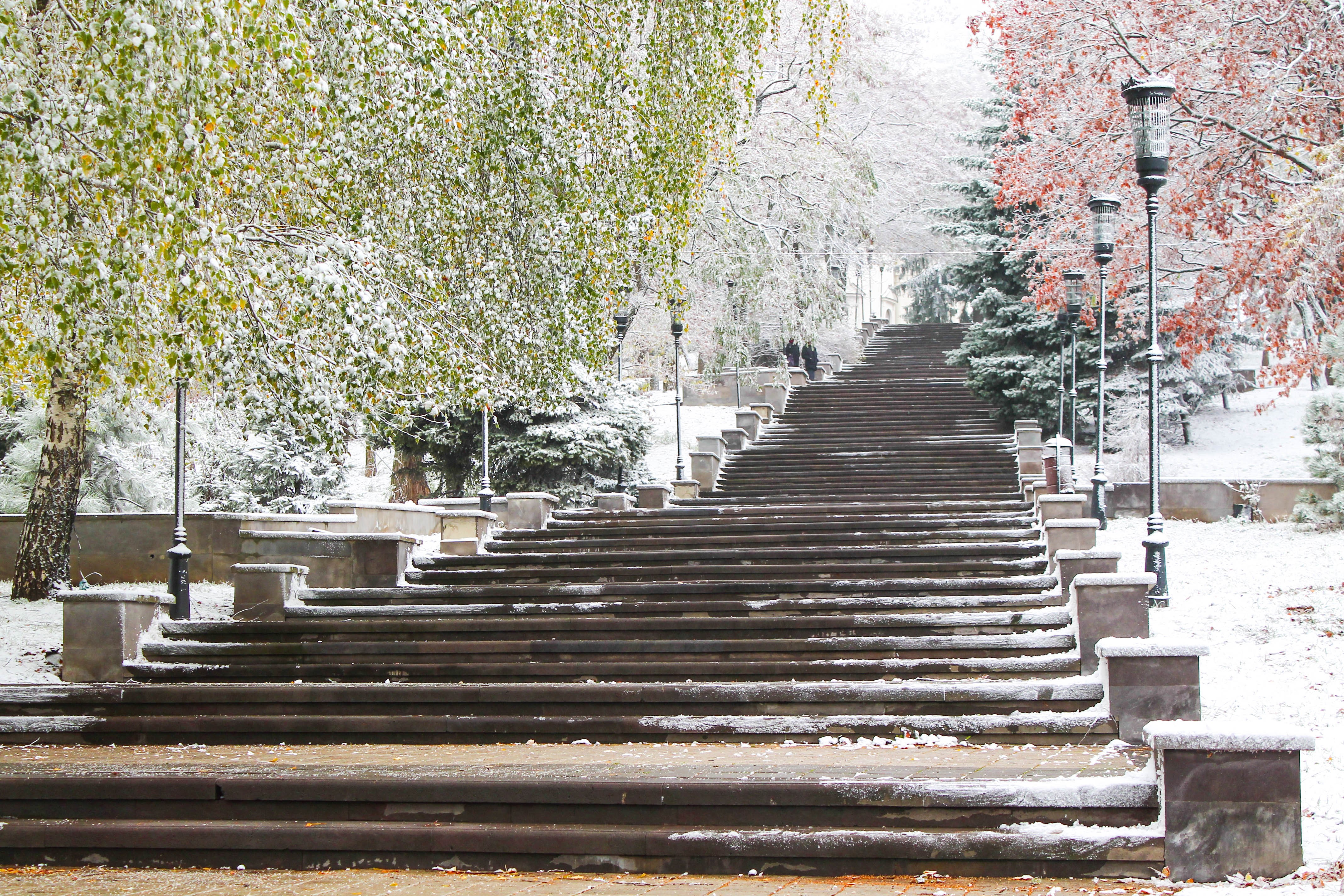 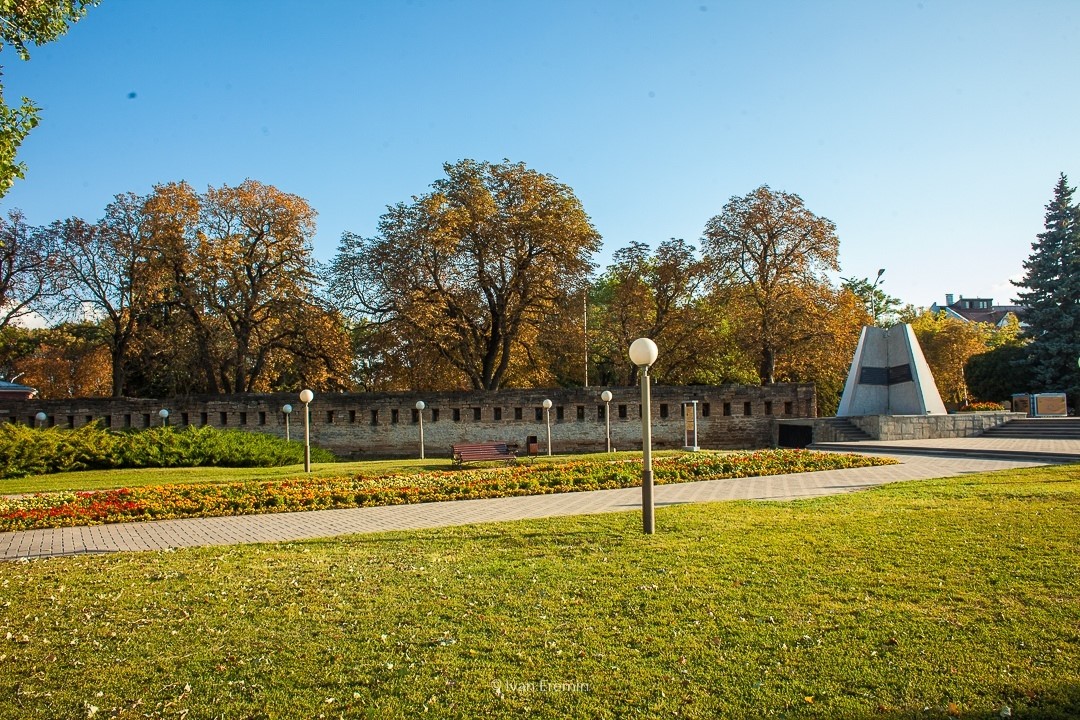 Now you are at the place where the history of Stavropol started. This is the place where the fortress of Azov-Mozdok defence line was originally located, remains of which you can still see nowadays. Starting from the end of 19 century, after the fortress lost its military significance, its territories became a place of leisure for citizens, as well as a place of public events.

In the middle of 19 century, Knyaz Alexander Ivanovich Baryatinsky, General-Field-Marschal and the hero of the Caucasian War, became a new vicegerent. In late 50s he visited Stavropol. In his honour a park was established next to the main Cathedral.

Famous Stavropol Architect Voskresenskiy and a gardener Nechmirov took part in the reconstruction of the park named after General-Field-Marshal Bryatinsky. Hundreds of new trees were planted. Basically, the park consisted of oaks, maples and acacias. In 1886, Baryatinsky Park was opened for public. In the middle of the Baryatinsky Park, on the hillside, crosscut alley was founded. Park was the favourite place for secluded walks.

The park was significantly damaged during the Great Patriotic War (World War II). That is why in 50s it was decided to reconstruct the park. Blue firs were planted along the staircase. They were delivered from Pyatigorsk. Flowerbeds were set up, and alleys were built and decorated with mythological characters.

In 60s, the Eternal Flame had been flared, and on the hillsides, new firs, birches, willows and bushes were planted.

During the late years the appearance of the park has been changed essentially. New Chapel named after Saint Nicholas, and Kazan Cathedral was rebuilt. The experts wanted to emphasise the importance of saving historical heritage of Fortress Mountain, to let people learn the story of Stavropol while they walks around the city centre.