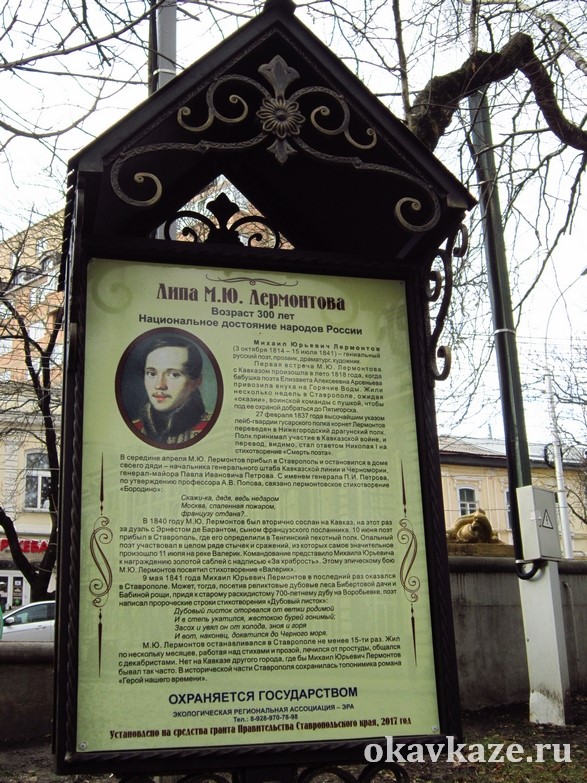 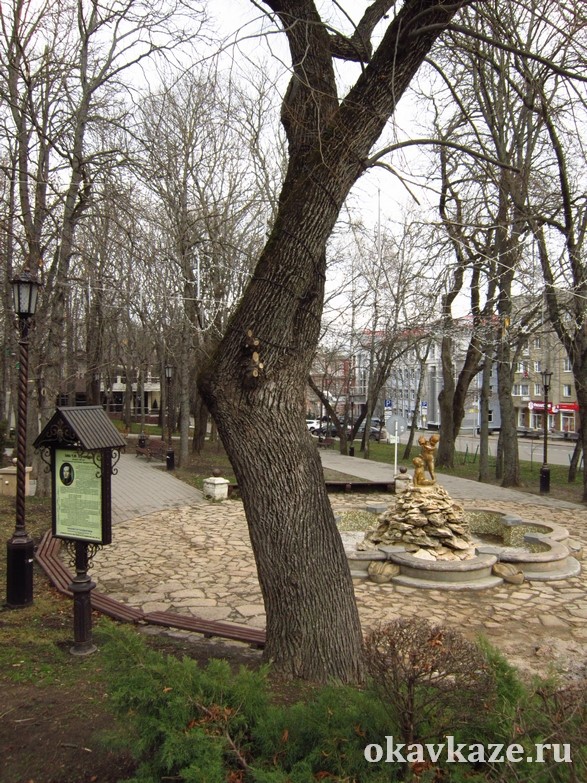 At the very beginning of our walk along Ermolov’s Boulevard, pay attention to this undistinguished tree, that has a sign plate. This linden has been growing here for 300 years already, and got the name after Russian classic author Mikhail Lermontov.

Mikhail Lermontov visited Stavropol not less than 15 times. He had been staying at his uncle’s house for several months, working hard on his poetry and prose. He received treatment for the cold here, communicated with Dekabrists. Poet greatly enjoyed this place. In the shadows of the tree he worked, read poems, looked for inspiration. Besides, this very linden is one of the ancient trees in the city, and it is one of the last descendants of legendary Stavropol Black Forest.

First acquaintance of Lermontov with the Caucasus happened in summer of 1808. That time his grandmother, Elizabeth Arsenyeva, took him to Hot Springs. On the way to Pzatigorsk little Mikhail used to stay in Stavropol for a couple of weeks.

In 1837 Lermontov was transferred to Nizhnyi Novgorod Dragoon Regiment of Russian Army. At the time, the regiment participated in the Caucasian War. In the middle of April Lermontov arrived to Stavropol and stayed at his uncle’s house. His uncle was Army Chief of General Staff of Caucasian line and the Black Sea, Pavel Petrovi. Lermontov’s poem “Borodino’ refers to his uncle:

“Now tell me, Uncle, how’d it chance that
Our Moscow could be burnt to ashes
And captured by the French?”
Just imagine, this tree saved Lermontov from burning Stavropol sun, and may be created the atmosphere for his inspiration.