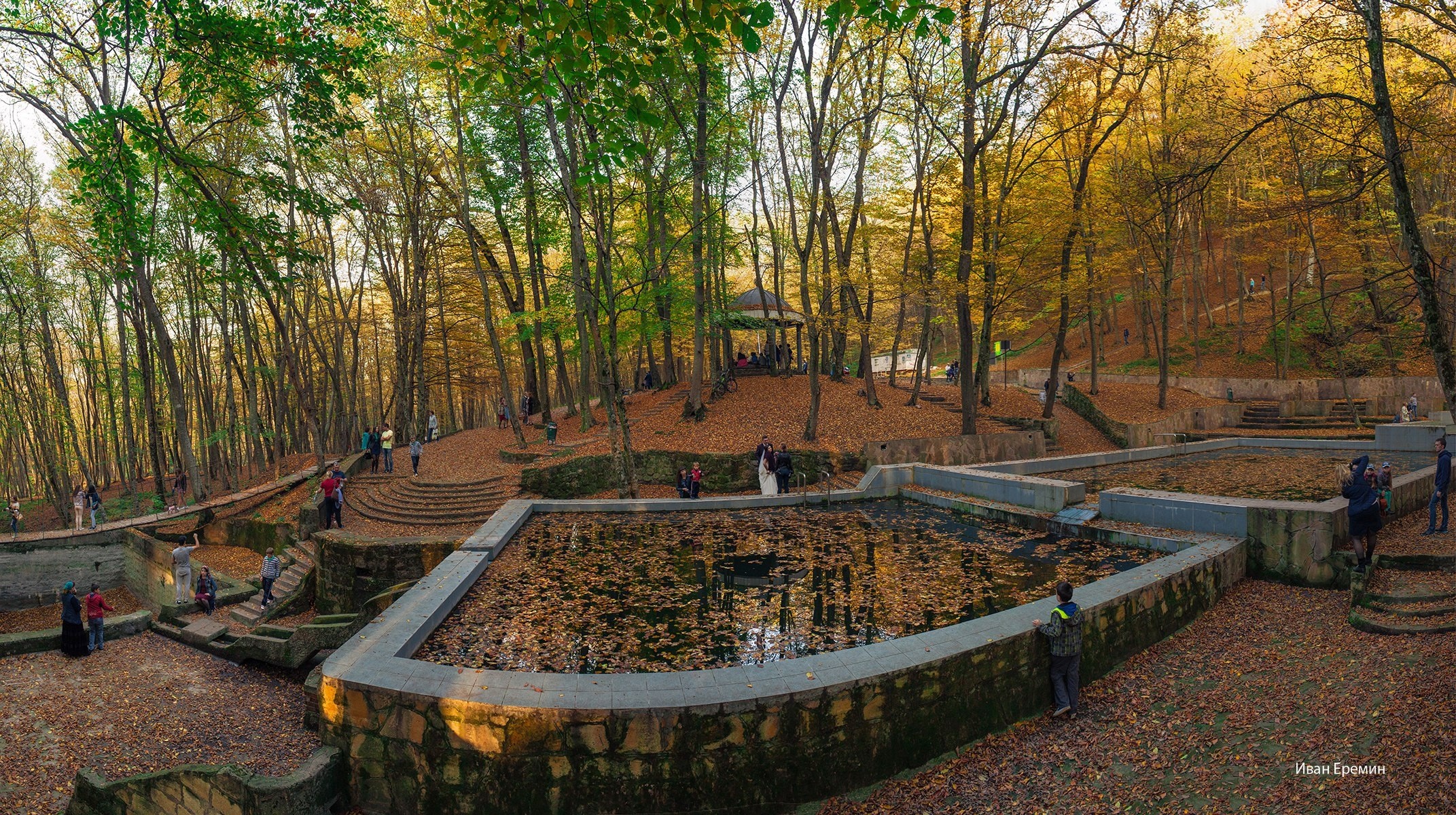 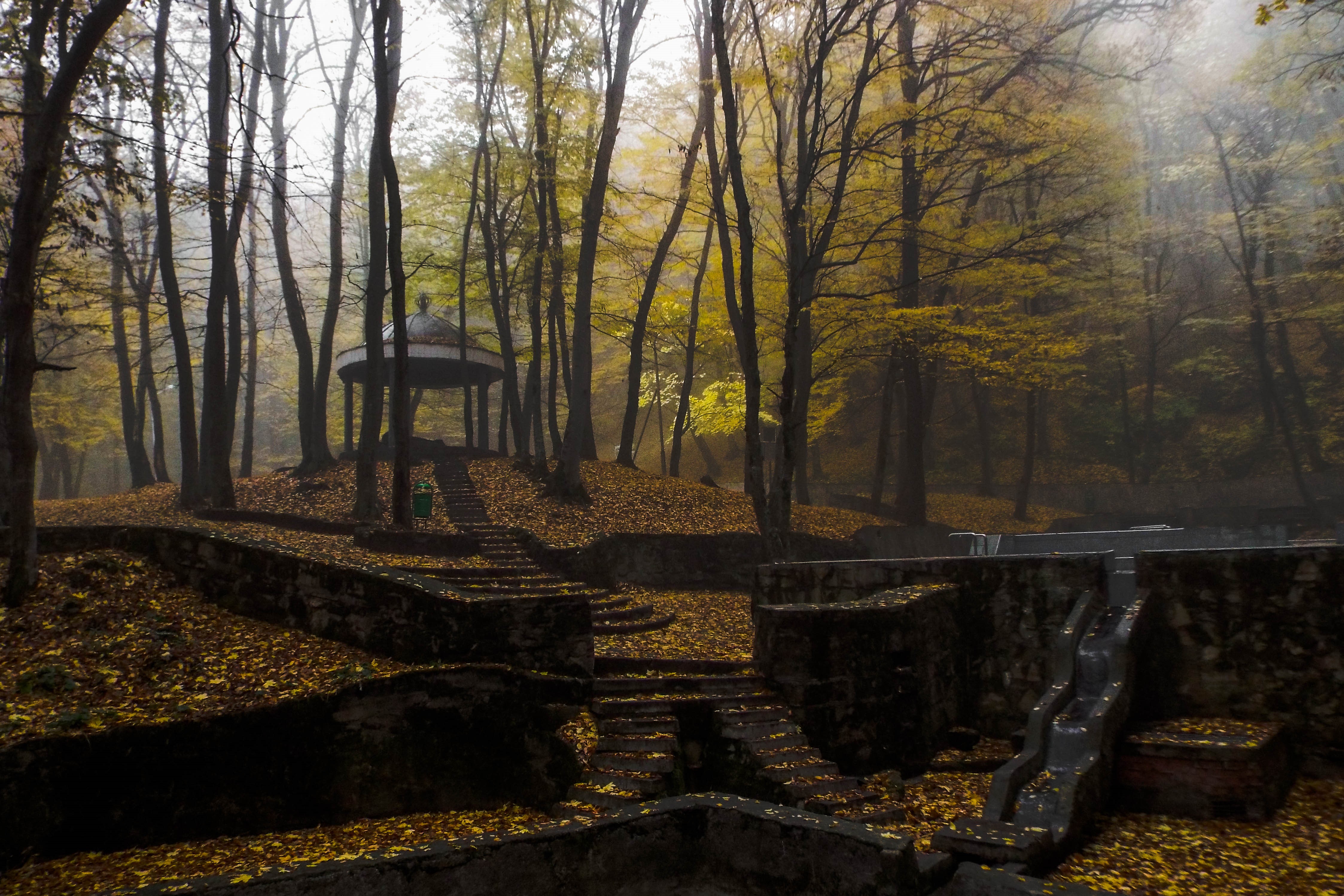 This place attracts people at all times of the year. The cold wellsprings is a natural monument located in the forest Tamanskii on the slope of the Stavropol mountain along the upper reaches of the river Tashla. The cold wellspring gives rise to the brook named “The cold” which is the source of the river. The height of the source outfall is five hundred and eighty-four meters. There is an interesting fact that the flora of the natural monument includes one hundred and sixty-eight plant species.

In the spring, this place is filled with birdsong, there are buttons on the trees and the town revives. In May, the cold wellsprings are filled with scent of flowers and plants, and summer thunderstorms refresh this preserved area. In the warm seasons, oaks and ash trees cover this place from ardent sun with their branches and heavy foliage.

The animal population of the territory is typical for the forests of the Stavropol upland. Small mammals and birds are numerous. A chaffinch, a blackbird, a woodpecker and a titmouse are among the most common birds. Small rodents and insectivores are numerous among mammals. A small forest mouse, a white-breasted hedgehog and a mole are also very popular. A marten and a weasel can be met as well. The amphibians are represented by typical forest species: a green toad, an Eastern tree frog, an Asian frog and a Lanza newt. A grass snake is the only reptile living here.

The Stavropol fortress was built not only because of its strategic height. The key point was the availability of water sources. Unlike the Strizhament mountain where military facilities could also be located, there were many springs in the Stavropol upland, which became a real source of life and helped the town to develop.

The wellsprings in the forest Tamanskii, popularly called “the cold”, are considered to be one of the most popular Stavropol attraction. They are a group of springs coming from below a limestone formation. At the end of the XIX century, they were used by town residents for their own needs, and in the 20s of the last century, the cold wellsprings became a source for Stavropol water piping. After a while, the town became supplied by water from the Kuban river, and the water supply system from the cold wellspring was abandoned.

Today, the cold wellsprings are incredibly popular among town residents and its visitors as well. In summertime, people come here and arrange picnics, the bravest ones jump into the water. In winter, this place is also popular among so called "walruses", and the organized bathing is held here on Epiphany Day. The pools with water are arranged at different levels in such a way that the water flows smoothly from one to the other. There are installed steps in the pools for much convenience. The reservoirs are relatively deep and the bottom is not visible because the water is slightly nebulous. The water temperature in the pools always remains at the same level of +10 degrees Celsius. You can swim in the pools, but you should remember the rules of safe behavior on the water. If you cannot swim, it is better to use appropriate swimming aids.

Even those who do not dare to get into cold water will enjoy photographing against a fabulous background of stone stairs, arches and a suspension bridge.