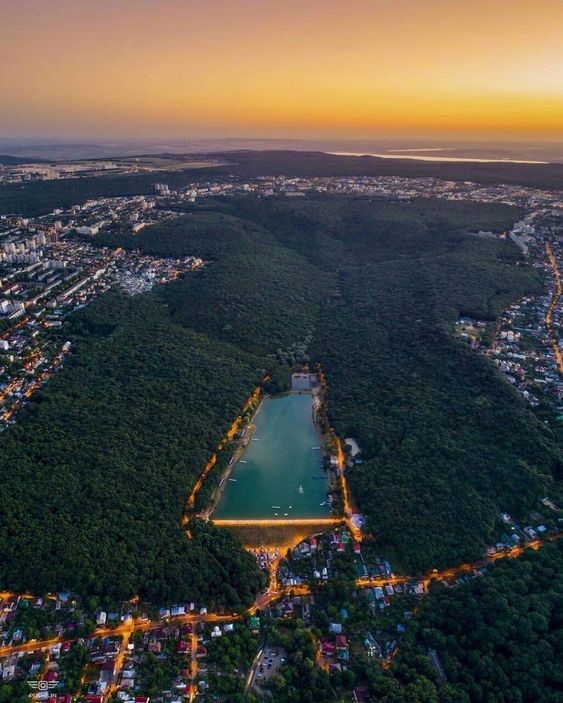 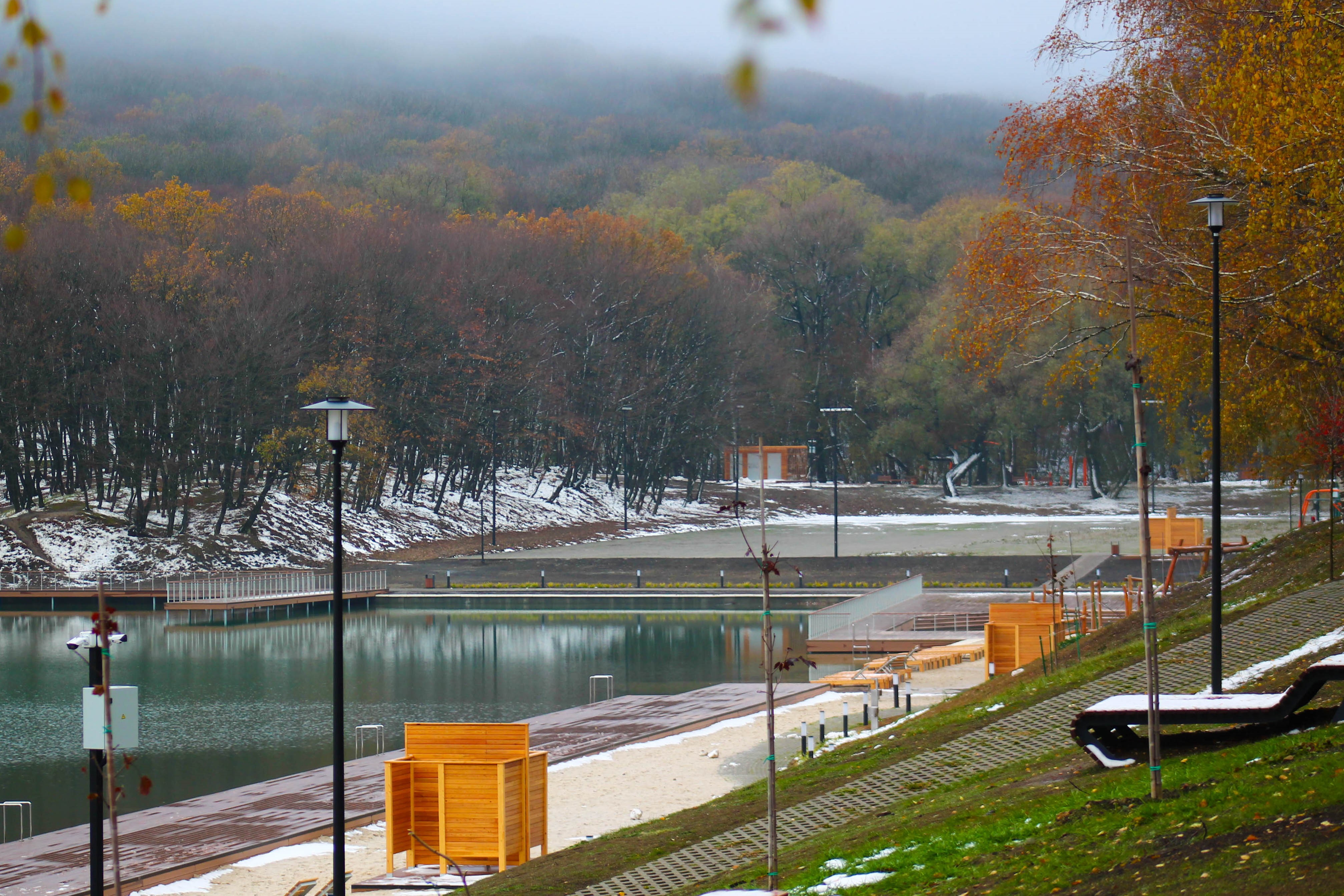 Now you are at one of the favorite resting places of Stavropol residents - on the lake Komsomolskoe. The pond was formed in the bottom of the river Tashla in the XVIII and XIX centuries. Water resources from the river were not sufficient to supply the whole town. So, in those days, the conflicts on fresh water tookplace fairly often. The lack of water was significant for all settlement residents. It was decided to construct an artificial pond in order to create with its help a large water source which would solve the problem of water supply.

The place became high-developed during the Soviet period when it received its present name Komsomolskoe. There were created beaches, rescue and boat stations and comfortable recreational facilities to let a Soviet citizen to have a rest in a small green oasis after a hard working week.

As faras the inhabitants of the lake Komsomolskoe, several fish species, namely, a silver carp, a sazan, a crucian, a gudgeon and a bullhead here live. In this regard, it is sometimes possible to observe fishermen in the western part of the pond. When walking along the pond shore, you can see a lake frog, a toad or a bright green tree frog.

"Komsak" – this is how this place is abbreviated by local residents. Over the past few years, the pond has changed a lot. Playgrounds, exercise equipment, benches and trash bins were built. A kilometer running track was also repaired. Stavropol residents call this place "Stavropol Maldives" because of white sand on the beach and new comfortable swimming areas. Today the lake Komsomolskoe is a favorite recreational place of Stavropol people. All the conditions for safe swimming are provided, you can sunbathe and just relax from everyday work.